Click here to read the whole story in Forbes

Back in 2017, Neurable unveiled the world’s first mind-controlled virtual reality (VR) game at the SIGGRAPH conference. The brain-computer interface, described by Neurable as “a product without precedent in modern tech”, was built to enable developers to create brain-controlled content for virtual reality.

Neurable raised its initial $2 million investment to develop the software by putting an EEG headset on people’s heads, putting them in front of a computer screen and asking them to drive a remote controlled car around with their mind to show them how easy it was. The company proved that BCIs can, and do, work.

Neurable CEO, Dr. Ramses Alcaide, explained to me why VR was important for the company early on: “We used virtual reality as a vehicle to demonstrate key concepts and prove the early value of brain-computer interfaces. We saw an opportunity to deliver value to customers with mental control and affective computing, two new dimensions for how humans interact with machines. We also needed a form factor that could shoulder the electrode requirements we had for what we were trying to achieve.”

Since Neurable developed the DK1, its innovations have allowed for the number of sensors to be lowered but also miniaturized. Dr. Alcaide explained: “We use a patented approach from our DK1 system to go above and beyond what other brain-computer interface companies are able to do with EEG data, a historically messy dataset that is prone to noise, a problem compounded when using dry sensors,.not only a viable option but an essential piece in unlocking the everyday brain-computer interface.” 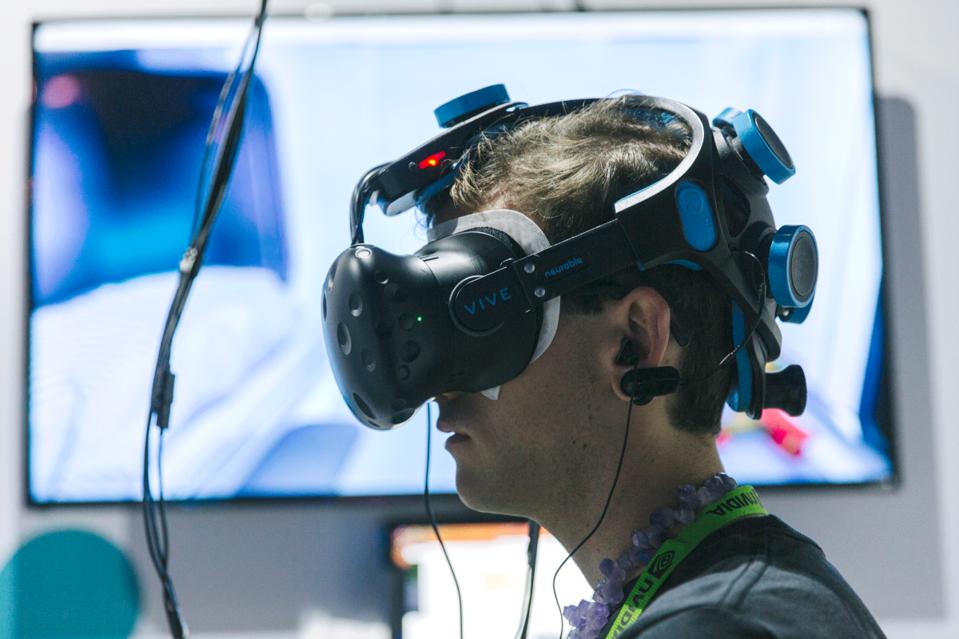 This latest financing, led by M Ventures, with the participation of Innospark Ventures and existing investors such as Loup Ventures and Point Judith Capital, will allow Neurable to create brain-computer interfaces that are accessible, intuitive, and user-friendly—bringing the benefits of neurotechnology to the masses.

The company’s transition from VR to broader applications is a natural one: "We are applying many of the same industry-leading machine learning techniques from our VR-based applications to our headphone prototypes," said Dr. Alcaide. As headphones are worn by millions of people every day, it is a consumer electronics device that is recognized and understood by many the world over. “With a headphones form factor, not only can we still bring our value to Virtual Reality but we can take it a step further to everyone’s daily life interfacing with mobile, PCs, and even AR devices.” 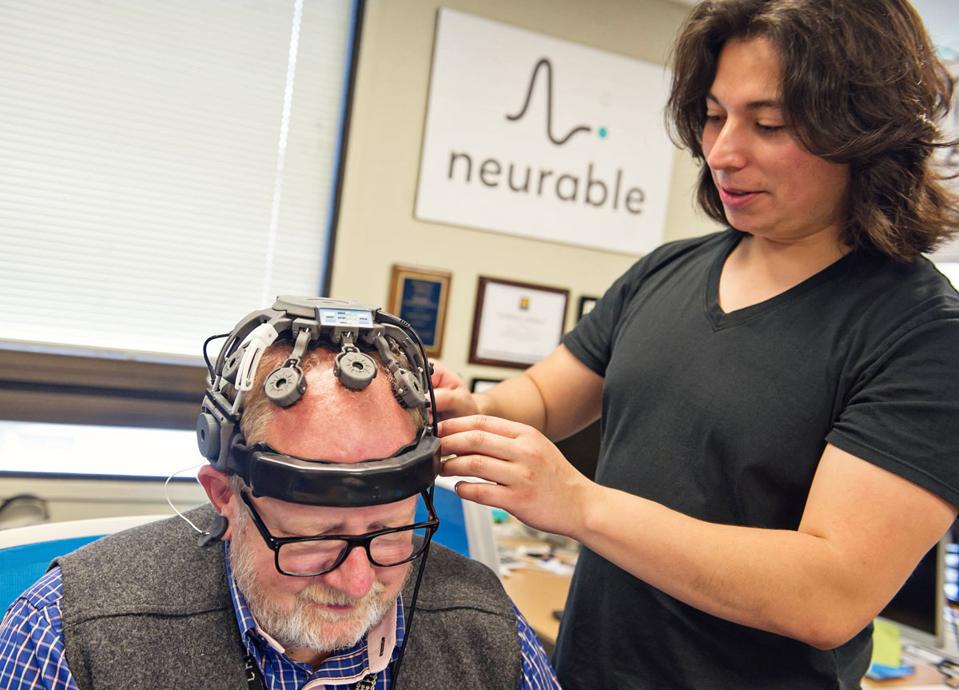 Neurable is disrupting the way we interact with consumer electronics and is enabling more seamless communication with devices—hands-free and voice-free. However, it’s not the only company experimenting with BCI. Facebook and Elon Musk (via Neuralink) have successfully announced plans to develop BCI, plus there are a number of startups working in this space to accelerate the technology in a variety of fields.

Musk argues that we are all vastly smarter with a phone (or computer), and it’s just an extension of us—we are already a cyborg. While he has a point, the human-machine hybrid is still a long way off. Meanwhile, companies and organizations are making tremendous advancements, and we can expect more effective and widespread use of BCIs as they become more sophisticated. Hands-free control of computers and entering data using the brain alone represents a turning point for a number of industries—and is seen as probable, not improbable.